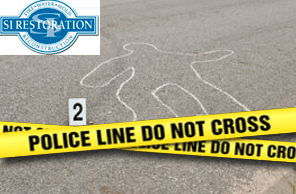 According to the National Center for Health Statistics, suicide rates in the United States surged to a 30-year high in 2016. The rise has affected virtually every demographic and age group, except black men and men and women over 75 years of age.

Some parts of the country have excellent suicide prevention measures, but they're not yet being universally implemented. There are many hospitals and health systems that screen for suicidal intentions and offer comprehensive treatment for at-risk persons, but these practices are not widespread. Until an extensive treatment plan for this issue is put in place, it will continue to be a devastating problem in the United States.

One of the most difficult aspects of suicide is the after-effects for families of suicide. Loved ones left behind have to deal with the death of their child, sibling, parent, or friend. It's overwhelming to try to deal with the intense feelings of sadness, guilt, and depression that often come after a loved one commits suicide.

Families and friends need time to grieve and to try to move on and one of the first steps for that process is cleaning up after the tragedy. Unfortunately, after suicide there is usually a lot of evidence left behind that serves as a painful reminder of what happened and can be a biohazard depending on what's left behind.

SI restoration is here to handle 100% of the cleanup so families won't have to. We clean up blood, fluids, and any odor left behind. We employ an in-house staff that is very sensitive to the situation and takes the task at hand very seriously. The staff is certified both with the Institution of Inspection Cleaning and Restoration Certification (IICRC).

We offer 24/7 emergency services and a 2 hour arrival guarantee from the time of your initial phone call for anyone living in the Baltimore, Maryland area. We have been handling suicide cleanups for 22 years, so we understand how to treat the sensitive situation and we are accepted by most major insurance companies to decrease or eliminate out of pocket costs for the family.

Losing someone to suicide is one of the most traumatic things anyone can live through. No one can fix the after-effects immediately as they will usually last a lifetime, but SI restoration is here to make at least one step in the process a little bit easier.